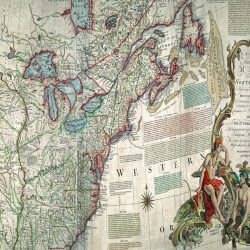 As a result of Great Britain’s victory in the Seven Years’ War, British North America expanded so that it stretched from the Atlantic seaboard west to the Mississippi River and from Hudson Bay and the Gulf of St. Lawrence south to Florida. Plus, it also included islands in the Caribbean. How exactly would Great Britain, centered on a small island over 3,000 miles away, govern this new, expanded North American empire? Max Edelson, an … END_OF_DOCUMENT_TOKEN_TO_BE_REPLACED 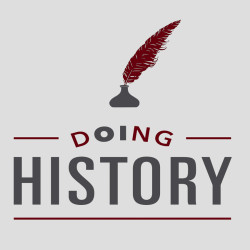 History tells us who we are and how we came to be who we are. Like history, genealogy studies people. It’s a field of study that can tell us who we are in a more exact sense by showing us how our ancestral lines connect from one generation to the next. In this episode of the “Doing History: How Historians Work” seres, we investigate the world of genealogical research with Joshua Taylor, President of the New York Genealogical and … END_OF_DOCUMENT_TOKEN_TO_BE_REPLACED 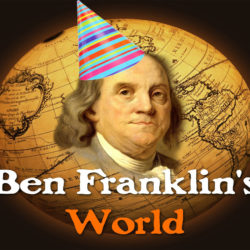 Wow! Ben Franklin’s World has made it to Episode 100. How do we celebrate and mark this special occasion? By your request, Liz answers your questions about history, podcasting, and time travel.   About the Show Ben Franklin’s World is a podcast about early American history. It is a show for people who love history and for those who want to know more about the historical people and events that have impacted and shaped our … END_OF_DOCUMENT_TOKEN_TO_BE_REPLACED

What do historians do with all of the information they collect when they research? How do they access their research in a way that allows them to find the information they need to write the books and articles we enjoy reading? Billy Smith, a Professor of History at Montana State University, joins us as part of our "Doing History: How Historians Work" series to lead us on an exploration of how historians organize and access their … END_OF_DOCUMENT_TOKEN_TO_BE_REPLACED 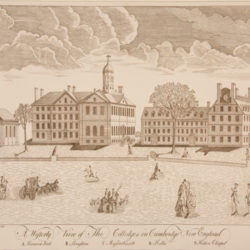 What can the collections of the Harvard University Libraries teach us about our early American past? It turns out, quite a lot. Taylor Stoermer, a Visiting Fellow at the Harvard Graduate School of Arts & Sciences, takes us through the Harvard Libraries’ new digital and free-to-use history archive: the Colonial North American Project.   About the Show Ben Franklin’s World is a podcast about early American history. It is a show … END_OF_DOCUMENT_TOKEN_TO_BE_REPLACED

How do historians conduct research online? This is your second-most asked question after how did everyday people live their day-to-day lives in early America. As the Doing History series explores how historians work, it offers the perfect opportunity to answer your question. Sharon Block, a Professor of History at the University of California-Irvine, has made use of computers and digital resources to do history for years, which is why … END_OF_DOCUMENT_TOKEN_TO_BE_REPLACED