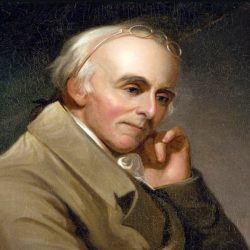 Did you know that imagination once played a key role in the way Americans understood and practiced medicine? Sari Altschuler, an Associate Professor of English at Northeastern University and author of The Medical Imagination: Literature and Health in the Early United States, joins us to investigate the ways early American doctors used imagination in their practice and learning of medicine. Listen Now About the Show Ben Franklin’s … END_OF_DOCUMENT_TOKEN_TO_BE_REPLACED 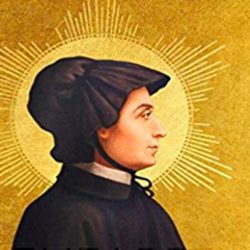 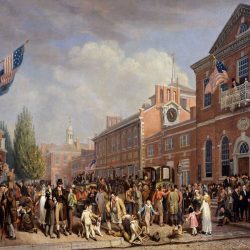 Who gets to be a citizen of the United States? How does the United States define who belongs to the nation? Early Americans asked and grappled with these questions during the earliest days of the early republic. Martha S. Jones is a Professor of History at Johns Hopkins University and a former public interest litigator. Using details from her book, Birthright Citizens: A History of Race and Rights in Antebellum America, Martha joins us to … END_OF_DOCUMENT_TOKEN_TO_BE_REPLACED 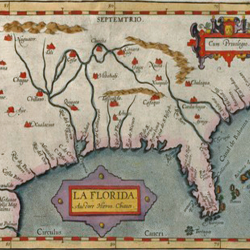 What did early Americans think about science? And how did they pursue and develop their knowledge of it? Cameron Strang, an Assistant Professor of History at the University of Nevada, Reno and author of Frontiers of Science: Imperialism and Natural Knowledge in the Gulf South Borderlands, 1500-1850, joins us to investigate the early American world of science and how early Americans developed their scientific knowledge.   Listen … END_OF_DOCUMENT_TOKEN_TO_BE_REPLACED 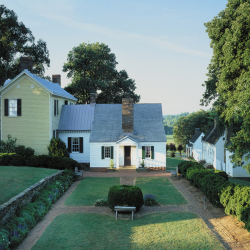 Between 1789 and 1825, five men would serve as President of the United States. Four of them hailed from Virginia. Many of us know details about the lives and presidencies of Washington, Jefferson, and Madison. But what do we know about the life and presidency of the fourth Virginia president, James Monroe? Sara Bon-Harper, Executive Director of James Monroe’s Highland, joins us to explore the public and private life of James Monroe. This … END_OF_DOCUMENT_TOKEN_TO_BE_REPLACED 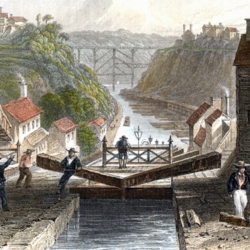 A “little short of madness.” That is how Thomas Jefferson responded when two delegates from New York approached him with the idea to build the Erie Canal in January 1809. Jefferson’s comment did not discourage New Yorkers. On January 4, 1817, New York State began building a 363-mile long canal to link the Hudson River and Atlantic Ocean with the Great Lakes and the Midwest. Janice Fontanella, site manager of Schoharie Crossing State … END_OF_DOCUMENT_TOKEN_TO_BE_REPLACED 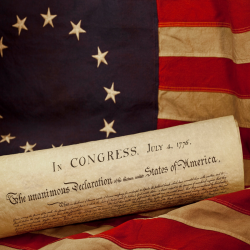 It wasn’t always fireworks on the Fourth. John Adams predicted Americans would celebrate the Second of July, the day Congress voted in favor of independence, "with Pomp and Parade, with Shews, Games, Sports, Bells, Bonfires and Illuminations from one End of this Continent to the other." He got the date wrong, but he was right about the festivities in commemoration of Independence Day. And yet July Fourth events have changed a great deal since … END_OF_DOCUMENT_TOKEN_TO_BE_REPLACED 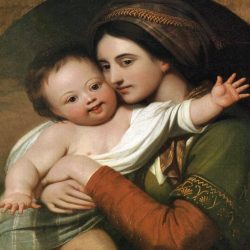 Mother’s Day became a national holiday on May 9, 1914 to honor all of the work mothers do to raise children. But what precisely is the work that mothers do to raise children? Has the nature of mothers, motherhood, and the work mothers do changed over time? Nora Doyle, an Assistant Professor of History at Salem College in North Carolina, has combed through the historical record to find answers to these questions. Specifically, she’s sought … END_OF_DOCUMENT_TOKEN_TO_BE_REPLACED 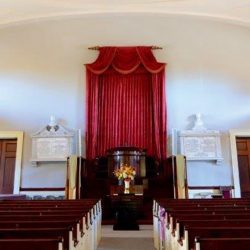 Historians use archives to create the histories we love to read, watch, and listen to. So we’re going into one archive to investigate how historians use them and to discover more about the religious lives of the Adams Family. Sara Georgini, Series Editor of The Papers of John Adams, invites us to join her inside the Massachusetts Historical Society so we can take a closer look at the historical details provided by the Adams Papers and the role … END_OF_DOCUMENT_TOKEN_TO_BE_REPLACED 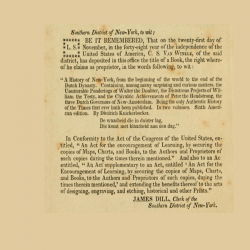 In the 21st century, we are all creators and users of content. We take original photos with our smartphones, generate blog posts, digital videos, and podcasts. Some of us write books and articles. And nearly everyone contributes content to social media. Given all of the information and content we generate and use, it’s really important for us to understand the principles of copyright and fair use, principles that have an early American … END_OF_DOCUMENT_TOKEN_TO_BE_REPLACED