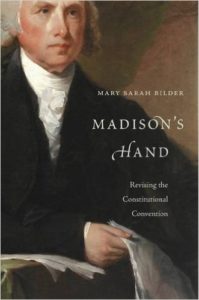 But what do we know about Madison’s Notes?

Did Madison draft them to serve as a definitive account of the Constitutional Convention?

During our investigation, Mary reveals details about the Constitutional Convention of 1787 and James Madison’s views on government; Why Madison took notes of Convention proceedings; And how Madison used his Notes during and after the Convention.

In your opinion, what might have happened if Thomas Jefferson had been in the United States during the Constitutional Convention? Would he have served as one of Virginia’s delegates? And if so, how would his presence at the Convention have altered Madison’s Notes?