How do you build colonies without women?

Most of the colonial adventurers from England and France who set out for Jamestown, New France, and colonial Louisiana were men. But how do you build and sustain societies and spread European culture—in essence, fulfill the promises of a colonial program—without women?

You can’t. Which is why Marcia Zug, a Professor of Law at the University of South Carolina Law School and author of Buying a Bride: An Engaging History of Mail Order Matches, joins us to explore one of the solutions that England and France used to build their North American colonies: mail order bride programs. 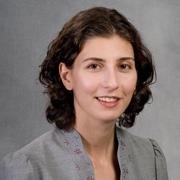 In this episode, Marcia Zug, a Professor of Law at the University of South Carolina Law School and author of Buying a Bride: An Engaging History of Mail Order Matches, leads us on an exploration of early North American mail order marriage programs.

In your opinion, what might have happened if mail-order marriage programs had not developed in North America? How would the settlement and European colonization of North America have been different?