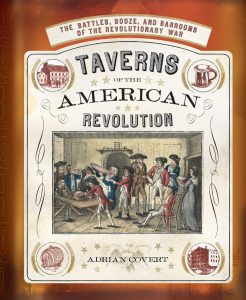 Inns and taverns played prominent roles in early American life. They served the needs of travelers who needed food to eat and places to sleep. They offered local communities a form of poor relief. And they functioned as public spaces where men could gather to discuss news, organize movements, and to drink and play cards.

Adrian Covert, author of Taverns of the American Revolution, helps us explore taverns and the many roles they played in early American life. 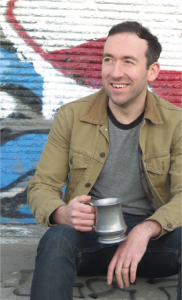 Adrian Covert, author of Taverns of the American Revolution, guides us on an exploration of taverns and the many roles they played in early American life.

As we explore these roles, Adrian reveals the differences between country and city taverns; The types of beverages early Americans might order and consume in a tavern; And how revolutionaries, loyalists, and the British Army made use of taverns during the American Revolution.

In your opinion, what might have happened if 18th-century America had lacked taverns? How would the history of the American Revolution be different?